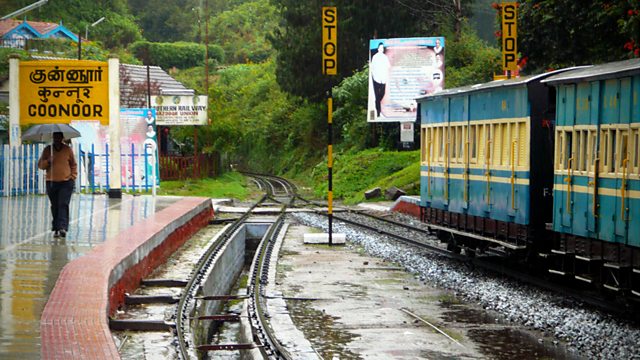 Guard Ivan is concerned about his friend Jenni, the ticket inspector on the romantic Nilgiri Mountain Railway line, because Jenni is still a bachelor.

From the Himalayas in the north to the Nilgiris in the south - for a hundred years these little trains have climbed through the clouds and into the wonderful world of Indian Hill Railways.

The Nilgiri Mountain Railway is a romantic line, popular with honeymooners and driven by love and devotion as well as steam. It chugs through the south Indian jungle up to a hill station, once known as Snooty Ooty.

The current guard is Ivan. Married for twenty years, he is concerned about his friend Jenni, the ticket inspector, because he's still a bachelor - but Jenni has a secret.

In the engine shed, Shivani, the railway's first female diesel engineer, is working on a steam loco. She has to make it look its best, as in the year of filming, 1999, the railway celebrated its centenary. The high point is the Black Beauty competition to pick the best engine on the line, but rains and landslides threaten the proceedings and the tourist business. Will love win out in the end?

The station at Udhagamandalam, previously known as Ootycamund, on the Nilgiri Mountain Railway.