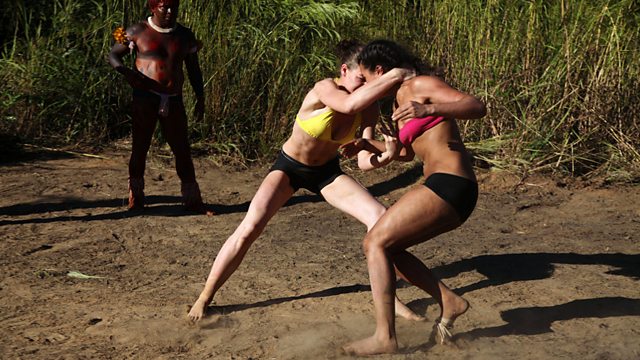 Five Western athletes compete against tribal champions in remote corners of the globe. In Brazil, they take on the local women in Huka Huka wrestling.

Series following five athletic adventurers from the west as they compete for glory against tribal champions in some of the remotest corners of the globe, with the ultimate aim of being crowned the Last Woman Standing. They have just a week to master an indigenous sport, training and rituals, whilst eating and sleeping as their fellow competitors do.

In the first programme, the athletes take on Huka Huka wrestling with the Kamaiura tribe in Brazil. For 51 weeks of the year the women of the Upper Xingu live quiet, monotonous lives, cooking, cleaning and looking after the children. But once a year this all changes, and during the Yamurikuma festival the women of the tribe assume the roles of men for a week.

The climax of the festival is the annual wrestling competition. The fighting is the Huka Huka style, using the lower body, knees, legs and feet. The village is renowned for having the fiercest fighting women in the Xingu and there is prestige and pride at stake. Our athletes compete against the locals in a knock out contest, to prove that they too have what it takes.