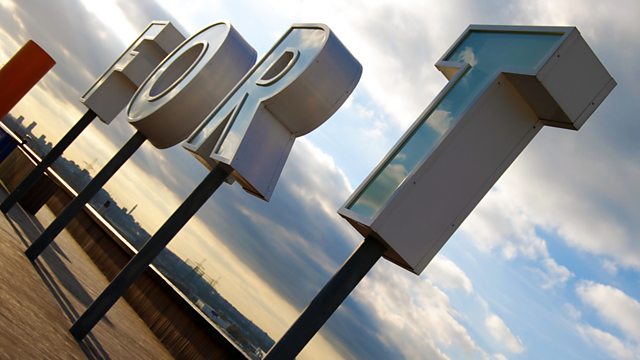 Giles Poyner, who works in Brand Design at the iconic Fort Dunlop building, pays tribute to the Birmingham landmark. He, his mother and grandfather talk about their working lives there.

Drive through Birmingham on the M6 and you can't fail to notice an imposing fort-like building, standing proud against the city's industrial skyline. The Fort Dunlop building was built for the tyre company in the early 20th century to accommodate the thousands of workers needed to supply the growing motoring and aviation industries. The Dunlop Tyre Company, was one of Birmingham's largest employers, and those who worked there were looked after and had a job for life. But by the end of the century, competition from overseas led to the closure of the site, as Dunlop transferred much of its operation abroad.

The Fort was abandoned in the late 1980s and stood empty for 20 years, until it was taken over by an innovative urban design company who transformed the vast empty tyre store into state of the art offices, cafes and shops.

This is where Giles Poyner works as brand design manager. The achingly hip surroundings of his office are a far cry from his 92-year-old grandfather's experience of working at the Fort. He recalls the stench of rubber in the air, the workers arriving by canal boat before the road was built and, above all, the sense of being part of a family, cared for by a benevolent employer.

Giles's mother Susan also worked at Fort Dunlop as a typist during the 1960s. She remembers the generous facilities provided for the workers, including a pub, theatre and playing fields.

Giles Poyner pays tribute to this iconic Birmingham landmark and discovers how his workplace has changed both physically and culturally over the decades.