BBC Four
Around the World by Zeppelin
Main content 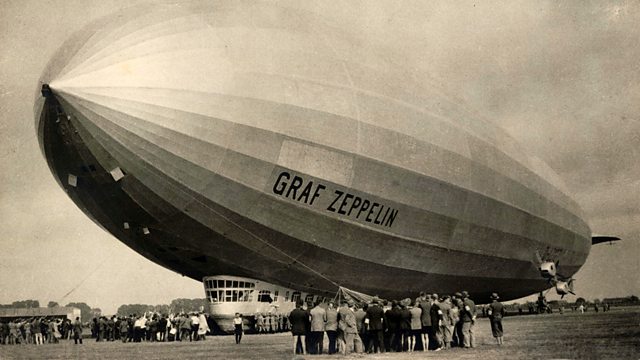 Around the World by Zeppelin

Film which uses the letters and diaries of passenger Lady Grace Drummond-Hay and archival footage to document the Graf Zeppelin airship's circumnavigation of the globe in 1929.

In 1929, for the first time in history a Graf Zeppelin circumnavigated the globe. Beneath the enormous airship hung a gondola to accommodate the lucky passengers and crew for the duration of the 21-day voyage, among them the young journalist Lady Grace Drummond-Hay, reporting for the Hearst media empire. Based upon her letters and diaries and told exclusively through archival and newsreel film from the time, this film relives the incredible voyage.

As a crew of forty kept the zeppelin in the air, Lady Grace feasted her eyes on the world's major cities, white alpine peaks, oceans and swamps, and fell in love with a married man. Rare archival footage gives glimpses of day-to-day life in a zeppelin gondola, Grace listening to one of her fellow passengers playing the accordion, the repair of a tear in the cloth shell during the flight, the sleeping cabins and lounge, and the splendid views from the windows. The film offers a fascinating look into the world of the roaring twenties which would soon be gone forever.