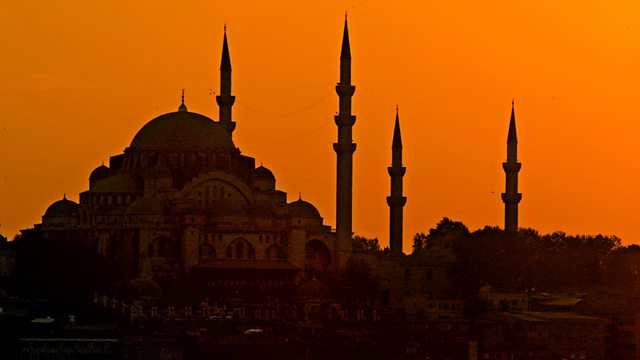 Koca Mimar Sinan was court architect to one of the most powerful dynasties the world has known: the Ottoman Empire in the sixteenth century. Responsible for some four hundred sublime and inventive buildings throughout Turkey, the Balkans and the Middle East he is virtually unknown in the West. Why is this?

Born a Christian in crumbling Anatolia, Sinan converted to Islam and was taken into the Janissary Corps which fought to extend the Ottoman Empire. He participated in the campaign for Rhodes in the 1520s, learning to build rapidly and well - catapults, mosques and caravanserais, all the structures a vast army needed. The experience would stand him in good stead when he became chief architect to Sultan Suleiman I soon after.

Sinan's best known work is perhaps the Suleiman Mosque in Istanbul. But he also created madrassas, bathhouses and viaducts. Influenced by the Byzantine buildings that surrounded him in Constantinople, it is also likely that he had contact with the designs of Renaissance figures including Michelangelo, who was his contemporary. But did the artistic dialogue go both ways? Did Sinan's reputation reach into Western Europe through the strong links between the Ottoman Empire and Italy in particular? It's a tantalizing thought which the programme explores.

From Gameboy to Armageddon