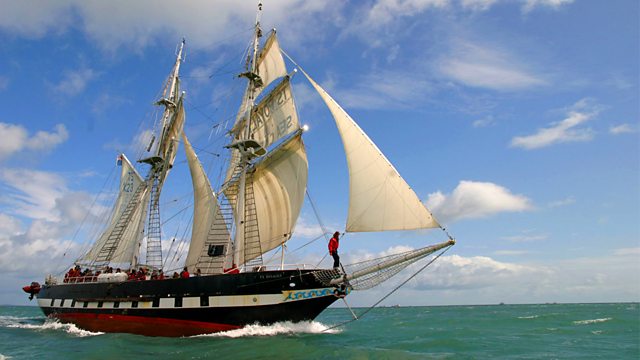 Empire of the Seas: How the Navy Forged the Modern World Series 1
Episode 3 of 4

Dan Snow presents a series on the Royal Navy's role in British history. Dan looks at the evolution of Nelson's navy and the national enterprise which supported it.

In the third programme in this epic four-part series on how the Navy has shaped modern Britain, Dan Snow sheds light on the evolution of Nelson's navy in the late 18th century. It was the most powerful maritime fighting force in the world, with highly trained crews and ambitious officers. He explores the national enterprise which supported it, and explains how the empire it helped create put Britain on the path to war with France.

Through the stories of naval heroes like Captain Cook, naval administrators like Charles Middleton and of course Admiral Nelson, Snow explores the elite training, the growing naval meritocracy and the years of tough experience which created a ruthless and professional 'band of brothers'. He looks at the impact of innovations such as the copper bottoming of the navy's ships and the introduction of a new tax - income tax - to pay for the fleet.

Pushing back the boundaries of the known world, the Navy's highly trained crews and ambitious officers laid claim to a burgeoning empire, but at a huge price. By 1800, Britain had been dragged into the greatest sequence of wars the nation had ever seen.