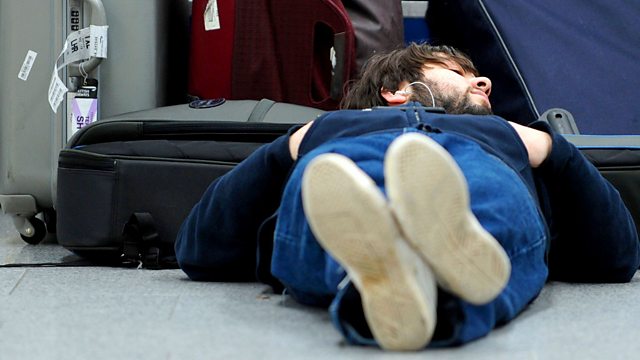 Germany is Your America

The Essay Germany Dreaming
Episode 1 of 5

Author and critic Michael Bracewell explores all things German and recalls a youth culture influenced by the style of Weimar Germany.

After a bizarre dream, author and critic Michael Bracewell is prompted to explore all things German, which means travel and much speculation:

"With the greatest respect to Dr Freud, I have never put much store by the interpretation of dreams. But one night seven years ago I had a dream which actually changed my life. As I slid towards sleep, it seemed as though a corner of the room was beginning to glow..."

The author and critic Michael Bracewell dreams about a visitation by the legendary musician Brian Eno, who informs him that 'Germany is your America', and that he should get out there and explore the place. So after much speculation about things German, after visits to Cologne, Munich and Berlin, and after immersing himself in the music and art of the country (especially electronic music and post modern art) the author is ready to pronounce on his romantic and prejudicial responses to the country. There is also its food to consider. And its youthful fashions.

What does he dig up? Lots! Starting with his recollections of a certain youth culture, influenced by the style of Weimar Germany.Which you can hear about in his specially commissioned five part series for The Essay

It's Off to Cologne—Germany Dreaming