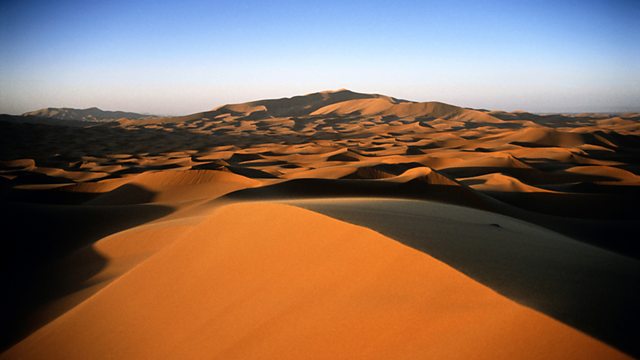 Melvyn Bragg and guests Robert Hoyland, Robert Irwin and Hugh Kennedy discuss the life and ideas of the 14th-century Arab philosopher of history Ibn Khaldun.Ibn Khaldun was a North African statesman who retreated into the desert in 1375. He emerged having written one of the most important ever studies of the workings of history.Khaldun was born in Tunis in 1332. He received a supremely good education, but at 16 lost many of his family to the Black Death. His adult life was similarly characterised by sharp turns of fortune. He built a career as a political operator in cities from Fez to Granada. But he often fared badly in court intrigues, was imprisoned and failed to prevent the murder of a fellow statesman. In 1375, he withdrew into the Sahara to work out why the Muslim world had degenerated into division and decline. Four years later, he had completed not only a history of North African politics but also, in the book's long introduction, one of the great studies of history. Drawing on both regional history and personal experience, he set out a bleak analysis of the rise and fall of dynasties. He argued that group solidarity was vital to success in power. Within five generations, though, this always decayed. Tired urban dynasties inevitably became vulnerable to overthrow by rural insurgents.Later in life, Ibn Khaldun worked as a judge in Egypt, and in 1401 he met the terrifying Mongol conqueror Tamburlaine, whose triumphs, Ibn Khaldun felt, bore out his pessimistic theories.Over the last three centuries Ibn Khaldun has been rediscovered as a profoundly prescient political scientist, philosopher of history and forerunner of sociology - one of the great thinkers of the Muslim world.Robert Hoyland is Professor of Islamic History at the University of Oxford; Robert Irwin is Senior Research Associate of the School of Oriental and African Studies at the University of London; Hugh Kennedy is Professor of Arabic in the School of Oriental and African Studies at the University of London.