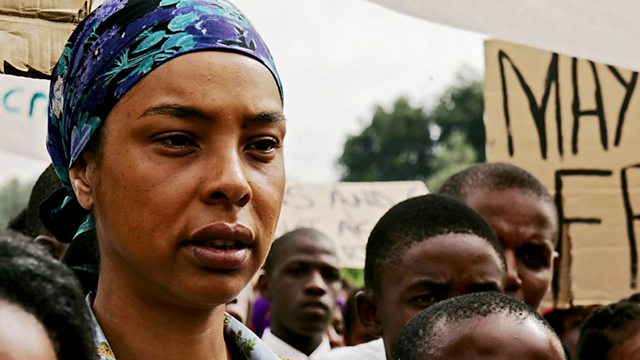 Drama which charts how Winnie Mandela (Sophie Okonedo) went from innocent country girl to fighter against apartheid, and from an adoring wife to a firebrand revolutionary.

Fact-based drama which charts how Winnie Mandela went from innocent country girl to politicised fighter against apartheid, and from an adoring and loving wife to firebrand revolutionary.

In February 1990, Winnie Mandela arrived at Victor Verster prison for the release of her husband Nelson after 27 years' incarceration, a moment of freedom that will be etched on the minds of billions around the world.

But behind her public face of triumphant celebration lay an inner turmoil, based on the realisation that she could no longer play the loyal and faithful wife.

After following Winnie through her years of imprisonment, torture and exile at the hands of the white ruling class, the film comes to a dramatic crescendo as the consequences of her brutalisation by the South African state blur into the madness of the last days of apartheid.

We are left with what this all means for one of the most famous couples in the world - Nelson and Mrs Mandela.