Close menu
BBC Two
How Earth Made Us
Main content 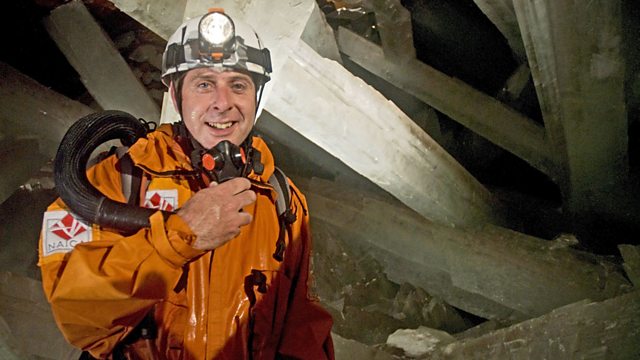 How Earth Made Us
Episode 1 of 5

Series telling the story of how the development of civilisation was influenced by planetary forces. Professor Iain Stewart explores the role of the Earth's interior.

Iain Stewart tells the epic story of how the planet has shaped our history. With spectacular images, surprising stories and a compelling narrative, the series discovers the central role played in human history by four different planetary forces.

In this first episode, Iain explores the relationship between the deep Earth and the development of human civilisation. He visits an extraordinary crystal cave in Mexico, drops down a hole in the Iranian desert and crawls through 7,000-year-old tunnels in Israel.

His exploration reveals that throughout history, our ancestors were strangely drawn to fault lines, areas which connect the surface with the deep interior of the planet. These fault lines gave access to important resources, but also brought with them great danger.

See all episodes from How Earth Made Us

See all clips from Deep Earth (5)