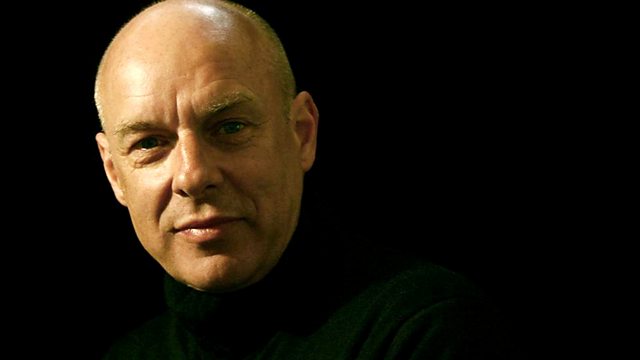 Brian Eno first starred as the feather-crested electronic keyboard genius of Roxy Music forty years ago. Since then he has been hailed as a pioneer, with his revolutionary experiments in ambient music and audio visual art and as featured producer on benchmark albums by David Bowie, Talking Heads, U2 and Coldplay.

Eno has given Arena unprecedented access to observe him working in his studio and talking with friends and colleagues. The master of reinvention engages with fellow influential minds, including Richard Dawkins, Malcolm Gladwell, David Whittaker and Steve Lillywhite, in a series of conversations on science, art, systems analysis, producing and cybernetics.