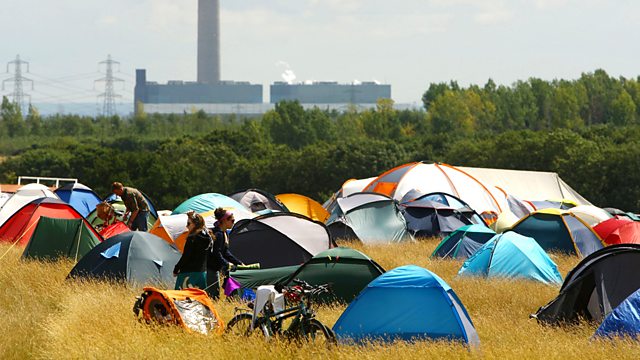 Are environmentalists bad for the planet?

'Ethical man' Justin Rowlatt asks if it is time the green movement ditched some of its ideological excess baggage.

The BBC's 'Ethical Man' Justin Rowlatt asks if the environmental movement is bad for the planet. He explores the philosophical roots of a way of thinking that developed decades before global warming was an issue. He also examines some of the ideological baggage that environmentalists have brought to the climate change debate, from anti-consumerism and anti-capitalism to a suspicion about technology and a preference for natural solutions. Could these extraneous aspects of green politics be undermining the environmental cause, and are some environmentalists being distracted from the urgent task of stopping global warming by a more radical agenda for social change?

Justin speaks to green capitalists including the Conservative MP John Gummer, who thinks that technology and reinvented markets hold the answer to tackling global warming. He talks to Greenpeace chairman John Sauven about green attitudes to so-called techno fixes, including nuclear power, and discusses green conversion tactics such as so-called identity campaigning with Tom Crompton from the conservation charity WWF and Solitaire Townsend, co-founder of the green public relations company Futerra.

The programme also hears from the leading green thinkers Jonathon Porritt and Professor Mike Hulme, founding director of the Tyndall Centre for Climate Change Research, and from the theologian and United Nations advisor on climate change and world religions Martin Palmer. Martin sees parallels between some parts of the green movement and millenarian cults who have claimed that 'the end of the world is nigh'. Justin also interviews Andrew Simms from the New Economics Foundation, who believes we can only tackle climate change if we are weaned off our addiction to consumption and economic growth.