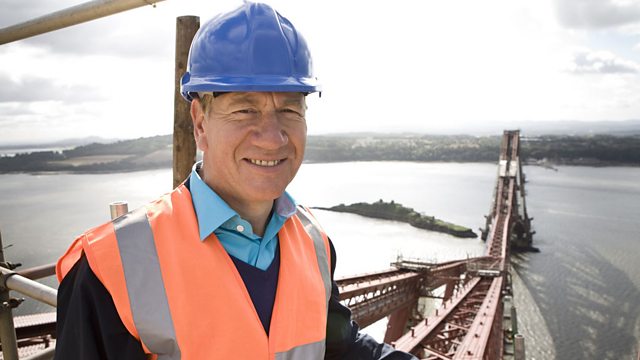 Travel documentary. Michael Portillo revisits the Settle-Carlisle line, explores the Ribblehead viaduct and learns about the navvies who helped to build it.

Michael Portillo takes to the tracks with a copy of George Bradshaw's Victorian Railway Guidebook. In a series of four epic journeys, he travels the length and breadth of the country to see how the railways changed us, and what remains of Bradshaw's Britain.

Michael's second epic journey takes him north, from Preston to Scotland, on one of the first railways to cross the border. On this second leg, he returns to the historic Settle-Carlisle line to find out what has happened to it since he helped save it in the 1980s. Along the way, he explores the magnificent Ribblehead viaduct, finds out about the navvies who helped to build it and catches a steam train along the line.