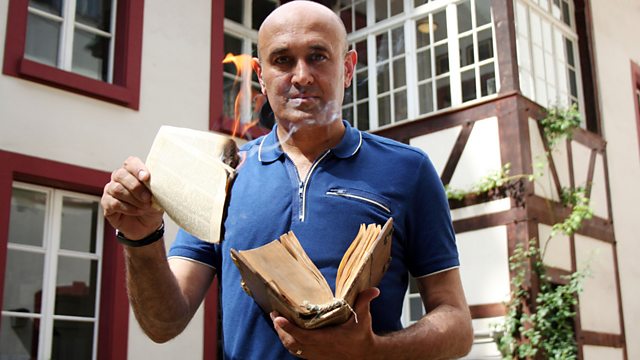 Chemistry: A Volatile History
Episode 1 of 3

The story of how the elements were discovered and mapped begins with the alchemists who questioned that the world was made up of earth, air, fire and water.

The explosive story of chemistry is the story of the building blocks that make up our entire world - the elements. From fiery phosphorous to the pure untarnished lustre of gold and the dazzle of violent, violet potassium, everything is made of elements - the earth we walk on, the air we breathe, even us. Yet for centuries this world was largely unknown, and completely misunderstood.

In this three-part series, professor of theoretical physics Jim Al-Khalili traces the extraordinary story of how the elements were discovered and mapped. He follows in the footsteps of the pioneers who cracked their secrets and created a new science, propelling us into the modern age.

Just 92 elements made up the world, but the belief that there were only four - earth, fire, air and water - persisted until the 19th century. Professor Al-Khalili retraces the footsteps of the alchemists who first began to question the notion of the elements in their search for the secret of everlasting life.

He reveals the red herrings and rivalries which dogged scientific progress, and explores how new approaches to splitting matter brought us both remarkable elements and the new science of chemistry.

The Order of the Elements

See all episodes from Chemistry: A Volatile History