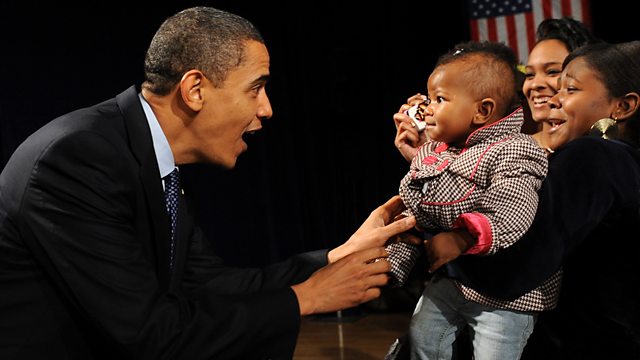 Peter White finds out about the aspirations that families around the world have for their offspring to whom they have given the names 'Barack' and 'Obama'.

In Swahili Obama means 'blessed one' and mothers across Africa were quick to bestow the name on their offspring. 'Obama babies' followed in America and across Europe as parents grasped at the hope that the President Elect's magic could rub off on their children. But one year on and with the President's dreams being tested by reality, how have some of the babies named after him fared?

Peter White explores the hopes and fears of five families and follows their lives as the babies approach their first birthdays. For the babies - including Nancy Otieno's son, Barack Obama, and Sasha Fisher's baby, Sanjae Obama - it will be years before they fully comprehend the hopes and aspirations imbued in a name.

The programme focuses on five very different families, examining how our changing world, in part shaped by the man they so admire, is having an impact on their experiences.