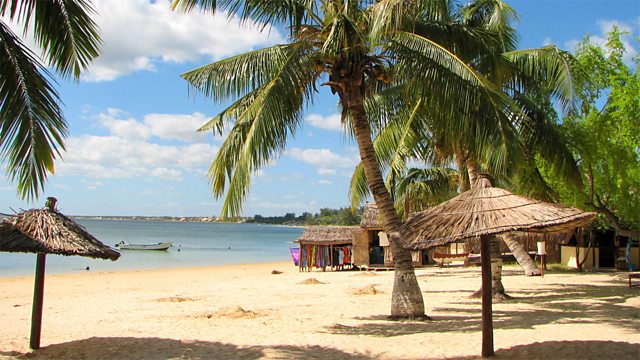 Valiha and the music of the Spirit House

Lucy Duran travels to the island of Madagascar and presents songs accompanying exhumation and reburial ceremonies, the ancestral zither, and also visits a Spirit House.

Lucy Duran continues her journey through Madagascar recording the ancient music of this mysterious island. This week she hears songs that accompany the important exhumation and reburial ceremonies and visits the village of her guide, Justin Vali. Whilst there she hears the delicate sound of the ancestral zither, visits a Spirit House, finds out why you can't whistle after 6pm.

In September 2009, World Routes travelled to Madagascar, the giant Indian Ocean island off the coast of Mozambique - East of the African continent. This mysterious island is full of extraordinary animal and plant life - home to more unique species than just about anywhere on the planet. It's in the grip of political turmoil and its people are some of the poorest in the world. But for us, what makes this island of strange dreams, ancestral worship and sorcery so special is its music. And, like the natural life, its unique evolution - neither African nor Asian - makes it a wonderful melting pot of instruments and styles. Throughout 2010, we'll be broadcasting the recordings we made for World Routes.

Two weeks ago on the programme, Lucy was introduced to the music of Madagascar by Justin Vali and his Malagasy Orkestra. This week she continues a journey of her own to discover some of that music in its true context. She's joined by Justin and a great friend of his; someone he calls his brother. An instrument-maker, musician, producer and - it's fair to say - a Malagasy music fanatic: Paddy Bush (who also happens to be Kate's brother).
Lucy learns about the ceremony of reburial - the bones of ancestors are removed from their tombs every 7 years and danced around, re-dressed and introduced to new members of the family. This joyous occasion is accompanied by uplifting music for flute. Lucy and the World Routes team then travel deep into the high interior. They visit a zebu (the holy cattle of Madagascar) market and record music in the remote and magical village that Justin was born in.