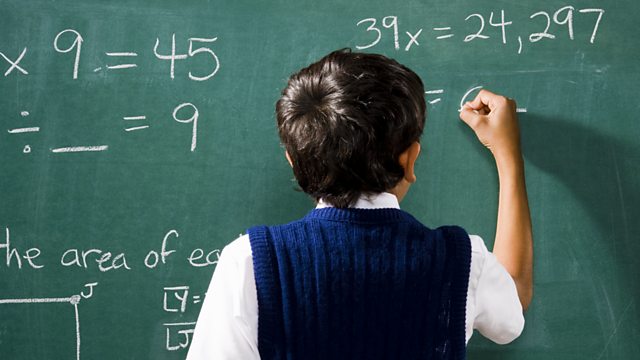 Carol Vorderman and former government 'Maths Tsar' Celia Hoyles defend the art of arithmetical analysis and the joys of number-crunching.

Lenny Henry questions the iconic status of people or things held dear by many.

Lenny, like so many in the UK, has always found maths tough going, but was he simply badly taught or has he got some sort of number blindness? Defending the art of arithmetical analysis and the joys of number-crunching are Countdown maths maestro Carol Vorderman and former government 'Maths Tsar' Celia Hoyles.

At a national conference on how to make maths more fun and engaging for children, Lenny teams up with a group of primary maths teachers to play number games and fold paper into right-angled triangles, squares, parallelograms and other usefully geometrical shapes - and enjoys it.

On the scientific front, down in his testing room at London's University College neurology department, Professor Brian Butterworth puts Lenny's number ability on trial. Brian has done field-leading work on the way the brain handles arithmetical concepts, so how will Lenny cope with tests that he admits feel like his worst nightmare from schooldays?

See all episodes from What's So Great About ...?