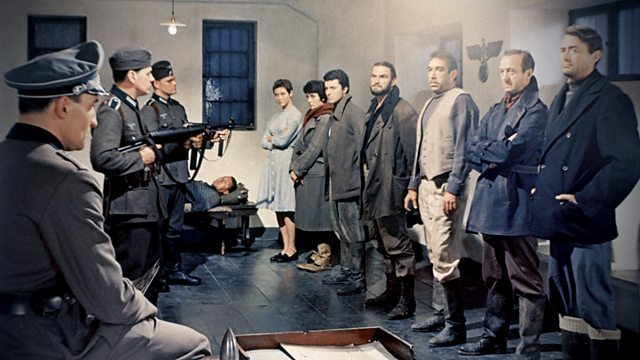 The Guns of Navarone

A group of crack commandos during the Second World War attempt to destroy the formidable German artillery on the Greek island of Navarone. Starring Gregory Peck and David Niven.

Explosive World War II action yarn in which a group of crack commandos are assembled for an apparently impossible mission.

The team, made up of Allied and Greek soldiers with specialist talents, attempt to destroy the seemingly impregnable German artillery units on the Greek island of Navarone and in turn free 2,000 British soldiers on Kiros, an island in the Aegean.