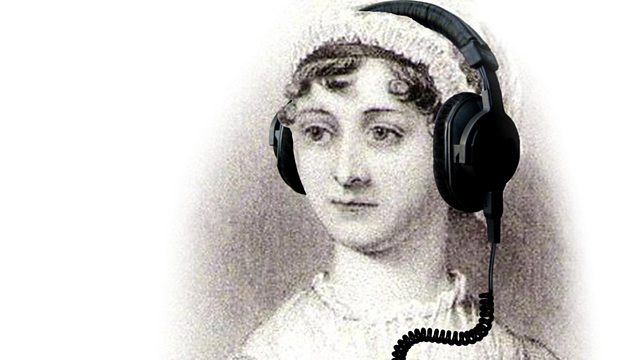 A rare insight into the family life of Jane Austen through her favourite songs. She collected songs all her life, but many of them have only just come to light, in manuscripts inherited by one of her descendants. Jazz singer Gwyneth Herbert performs some of these songs.

Professor Richard Jenkyns inherited a pile of music manuscripts which are only just being looked at by the Austen scholars. He shows us what he found: some have been laboriously copied out by Jane herself - among the music manuscripts in Jane's handwriting is a piano piece which he believes she composed.

David Owen Norris brings him together with scholars Deirdre Le Faye and Samantha Carrasco at Jane Austen's house in Chawton, Hampshire. Together they cast a new light on one of our best-loved and most enigmatic writers.

Some of the songs included are:

A romantic song by Robert Burns, to which she changed the words, so that the final words referred to herself -"the charms of your Jane."

A tragic French song, "Les Hirondelles", which ends with imprisonment and death. Jane's sister in law Eliza had lived in France, and her first husband was guillotined in the Terror.

"The Ploughboy" - a popular song of the time, witty, and with a politically subversive message about corrupt politicians who are only interested in money, and manage to buy their way into power.

"Goosey Goosey Gander" - Jane had a lot of nursery rhymes, and was constantly surrounded by boisterous nephews and nieces.

See all episodes from The iPod Series