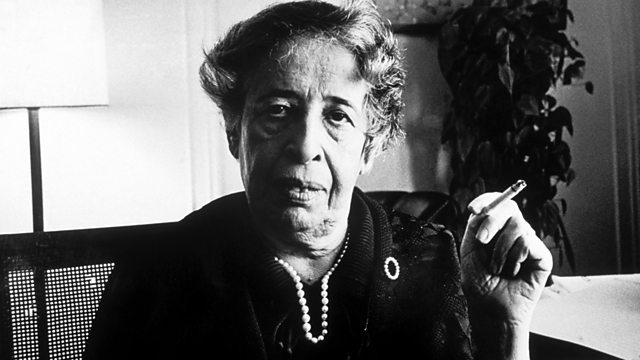 Matthew Parris presents the biographical series in which his guests choose someone who has inspired their lives.

She is regarded as a highly influential 20th-century political philosopher, although Arendt would have refuted the title 'philosopher' herself. Born into a secular German Jewish family, she grew up in what is now Hanover and Berlin. A student with Heidegger (with whom she had a tumultuous relationship; they divorced in 1929), Arendt survived being interrogated by the Gestapo and moved to Paris, where she lived for a number of years before immigrating to America in the 1940s, settling in New York.

Arendt was a lively part of an intellectual circle and held a number of academic posts until her death. Little known in the UK, Arendt is chosen by Munira Mirza, the London Mayoral advisor on arts and culture and a founding member of the Manifesto Club.