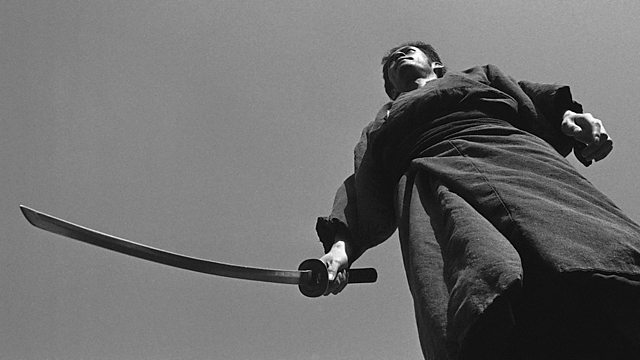 Melvyn Bragg and guests Gregory Irvine, Nicola Liscutin and Angus Lockyer discuss the history of the Samurai and the role of their myth in Japanese national identity.

Melvyn Bragg and guests Gregory Irvine, Nicola Liscutin and Angus Lockyer discuss the history of the Samurai and the role of their myth in Japanese national identity.The Samurai have a fearsome historical reputation as a suicidally brave caste of Japanese warriors. During World War Two, kamikaze pilots were photographed climbing into their cockpits with Samurai swords, encapsulating the way the myth of the Samurai's martial ethos kept its power long after their heyday. But the Samurai's role in Japanese culture is much more complex than that. They were deeply engaged with Zen Buddhism and Noh Theatre, and sponsored haiku poetry. After their role in Japan's century of civil war, ending in the early 1600s, they became part of the country's civil service. A 250-year peace toppled them into identity crisis.In the 19th century, with the arrival of the West, they played an important role in the establishment of a Japanese nation-state, not least by restoring the Emperor to power. And in the 20th century the mythological version of the Samurai, designed in part for Western consumption, became integral to a newly forged national identity.Nicola Liscutin is Programme Director of Japanese Studies at Birkbeck College, University of London; Gregory Irvine is Senior Curator Japan at the Victoria and Albert Museum; Angus Lockyer is Lecturer in Japanese History and Chair of the Japan Research Centre at the School of Oriental and African Studies, University of London.