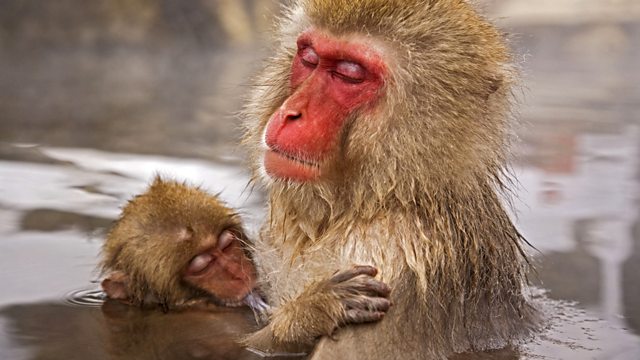 The nature documentary examines primates, including armies of Hamadryas baboons battling on the plains of Ethiopia, and macaques in Japan lounging in thermal springs.

Huge armies of Hamadryas baboons, 400 strong, battle on the plains of Ethiopia to steal females and settle old scores. Japanese macaques in Japan beat the cold by lounging in thermal springs, but only if they come from the right family. An orangutan baby fails in its struggle to make an umbrella out of leaves to keep off the rain. Young capuchins cannot quite get the hang of smashing nuts with a large rock, a technique their parents have perfected. Chimpanzees, humans' closest relatives, have created an entire tool kit to get their food.

See all episodes from Life

See all clips from Primates (6)