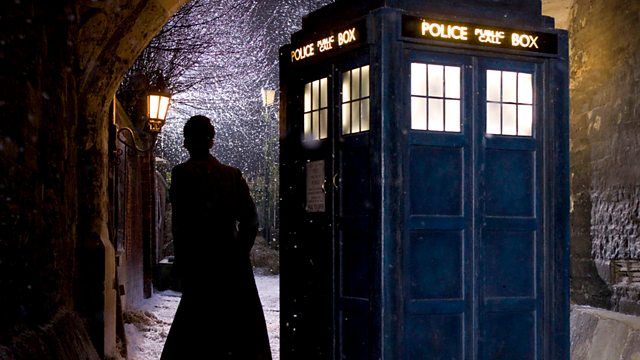 'Who On Who?' marks the end of an era in the history of 'Doctor Who'.
Actor David Tennant interviews Executive Producer and show-runner Russell T Davies in a special programme broadcast just days before the Time Lord's latest regeneration. Both David and Russell are leaving the series following 'The End of Time Part 2' on New Year's Day.
In almost fifty episodes, David's Doctor has encountered - and in some cases defeated - The Sycorax, The Ood and The Judoon; not forgetting The Sontarans, Cybermen and The Daleks.
It's been a journey of impossible things that - quite genuinely - has changed David Tennant's life. And someone who's been with him on this remarkable adventure through time and space - and Cardiff - has been the writer, Executive Producer and show-runner Russell T Davies.
In a specially recorded interview, David talks to Russell about all things 'Who'.
They discuss why now is the right time for them both to leave the series, and Russell explains why he won't be writing for the show in the future. Russell also reveals how TV shows like ITV'S 'Pop Idol' influenced 'Doctor Who' and why the success of the revamped series took the cast and creative team behind it by surprise.
Featuring clips from the last five years of the BBC'S most successful drama, Russell also reveals that he declined the BBC's original request for a series about a young Doctor studying at the Time Lord Academy. And Russell suggests that 'Torchwood' - the series he created for the BBC - wouldn't get commissioned today. David Tennant also asks the man, once dubbed by The Independent Newspaper as television's "saviour of Saturday night drama", about his plans for the future.
'Who On Who?' is a must for all fans of 'Doctor Who'.