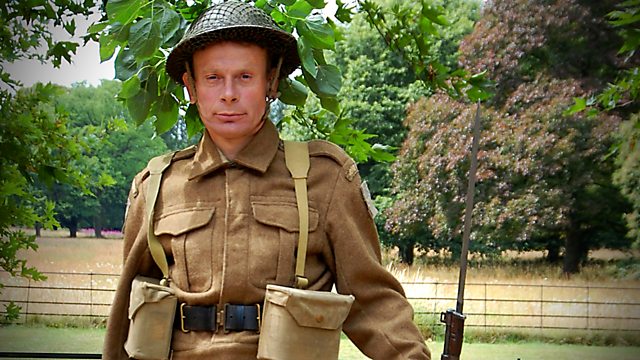 Andrew Marr's The Making of Modern Britain
Episode 6 of 6

Andrew Marr charts the events that shaped Britain. The series concludes with an account of Britain during the Second World War, starting with the events at Dunkirk.

The final film in Andrew Marr's epic six-part series is a vivid account of Britain in the Second World War.

Marr's story of 'the people's war' begins with the defeat that came to define modern Britain's national spirit: Dunkirk. In 1940, Britain stood alone against the might of the German war machine. Churchill produced the words that stirred the Blitz spirit, but a Nazi invasion seemed inevitable. How could Britain fight on? The 'Dad's Army' of the Home Guard was hastily assembled and Britain was forced to pull together in ways it never had before.

Andrew Marr finds some surprising twists to legendary stories; the Battle of Britain was not simply a story of reckless bravery, but also a one of lethally efficient command and control. The Blitz was a devastating attack from the air that everyone had dreaded, yet it didn't break the spirit of the people or dim their humour.

This was also the boffins' war, and Churchill understood the importance of science. He was prepared to give away Britain's most highly classified scientific and military secrets to help bring the Americans into the conflict. This wooing would help bring victory. But it came at a price: a bankrupt nation, a crumbling empire and a US cultural invasion that defines modern Britain to this day.

See all clips from Britannia at Bay (2)