BBC Four
The Man Behind the Masquerade
Main content 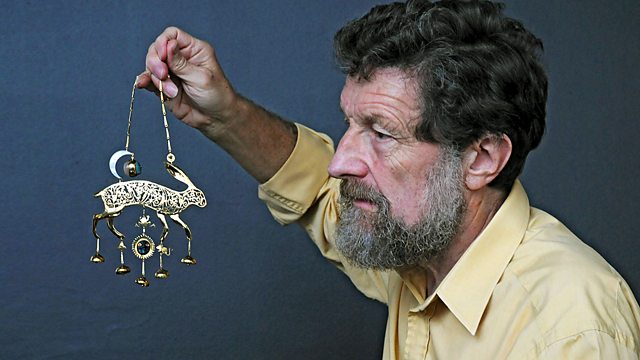 The Man Behind the Masquerade

Documentary about Kit Williams, best known for Masquerade, a pictorial storybook which contained clues to the location of a jewelled hare created by Williams and then buried.

In 1979, artist Kit Williams turned Britain into a giant treasure map, promising a golden hare, buried in the earth, to the first person who solved the riddle of his book Masquerade. The hysteria that followed the hunt drove Williams underground, where he has continued to create complex and beautiful art, which he refuses to publicly exhibit.

In his first interview in two decades, Kit lifts the lid on life before and after Masquerade. Did the hare deprive us of one of our most gifted painters?

See all clips from The Man Behind the Masquerade (4)