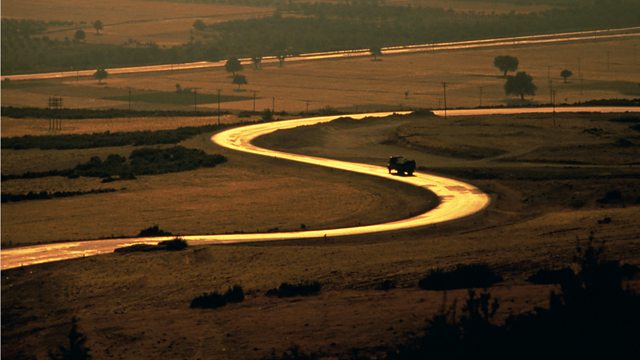 Melvyn Bragg and guests discuss the Silk Road, the trade routes which spanned Asia for over a thousand years, carrying Buddhism to China and paper-making and gunpowder westwards.

Melvyn Bragg and guests Tim Barrett, Naomi Standen and Frances Wood discuss the Silk Road, the trade routes which spanned Asia for over a thousand years, carrying Buddhism to China and paper-making and gunpowder westwards.In 1900, a Taoist monk came upon a cave near the Chinese town of Dunhuang. Inside, he found thousands of ancient manuscripts. They revealed a vast amount of evidence about the so-called Silk Road: the great trade routes which had stretched from Central Asia, through desert oases, to China, throughout the first millennium.Besides silk, the Silk Road helped the dispersion of writing and paper-making, coinage and gunpowder, and it was along these trade routes that Buddhism reached China from India. The history of these transcontinental links reveals a dazzlingly complex meeting and mingling of civilisations, which lasted for well over a thousand years.With:Tim Barrett is Professor of East Asian History at the School of Oriental and African Studies; Naomi Standen is Senior Lecturer in Chinese Studies at Newcastle University; Frances Wood is Head of the Chinese Section at the British Library.

Joyce's A Portrait of the Artist as a Young Man