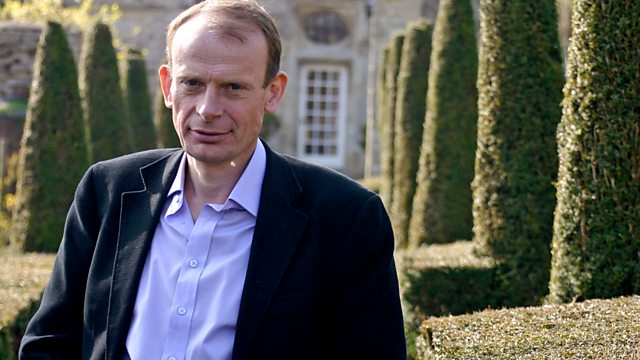 Andrew Marr's The Making of Modern Britain
Episode 4 of 6

Andrew Marr charts the events that shaped Britain. In the 1920s, Imperial Britannia slid from view and Britain saw a housing boom and the birth of radio broadcasting.

In the 1920s, Imperial Britannia was sliding from view and a more modern Britain tried everything new and asked endless questions about how we should live our lives. A great new age of experiment arrived in politics, writing, art, sex and drugs. Survivors of World War I threw themselves into the new urban scene of nightclubs, cocktails and jazz, where royalty, gangsters and Hollywood stars rubbed shoulders with new money.

With rare archive material and vivid anecdotes, Andrew Marr tells the story of the postwar housing boom; the birth of radio broadcasting and the creation of the BBC; and revolutionary union activities on 'Red' Clydeside. Michael Collins risked his life by negotiating with Lloyd George over Ireland, and his assassination kicked off a bloody civil war that was feared by some to be the beginning of the end of the British Empire. The modern scourge of political sleaze engulfed Lloyd George in a cash-for-honours scandal involving blackmail, spies and the strange disappearance of a radical MP. The General Strike and the Wall Street Crash brought Britain's Roaring Twenties to a dramatic close. As the cocktail party of the decade came to an end, there were uncertain times ahead for modern Britain.