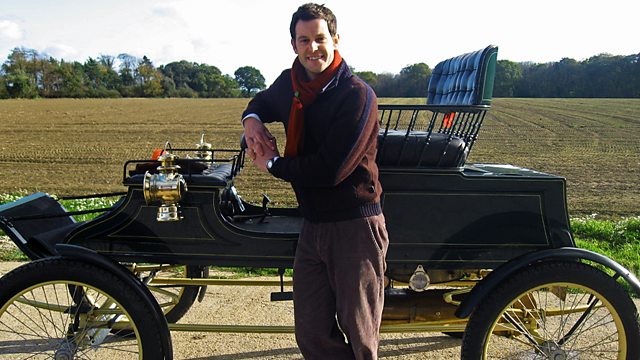 A Journey Through the New Forest

Matt Baker is in the New Forest to learn more about a light railway being used in a unique restoration project and gets up close and personal with some heavy horses.

Matt Baker joins the team involved in a unique restoration project which is using a light railway to help restore areas of New Forest wetland that have been missing since Victorian times. He takes a wander along part of the 800-metre long rail line, learning more about the project which it is hoped will see the return of habitat and wildlife lost to the forest for years.

Matt also joins the team involved in the hugely successful British-built Steam Car ahead of its triumphant return home to the New Forest after smashing the 100-year-old world land speed record for a steam-powered car. Finally, Matt reduces his hoof-print even further and rounds off the day at nature's pace by meeting the Suffolk Punch horses of the New Forest Horse-Drawn Omnibus.