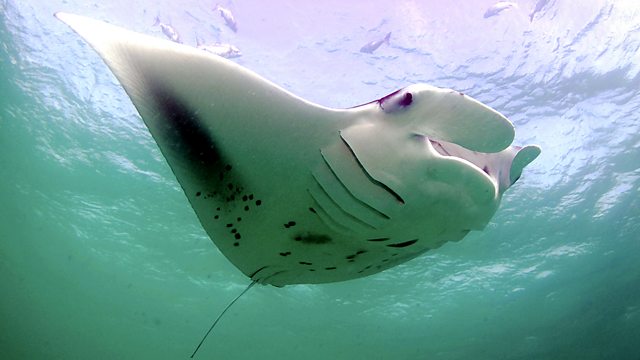 Documentary following marine biologist Andrea Marshall as she studies manta rays, one of the most intelligent creatures in the ocean.

Manta rays are one of the most intelligent creatures in the ocean and, at up to seven metres long, one of the largest. Yet despite their size and curious nature, almost nothing is known about their lives.

Young marine biologist Andrea Marshall has given up everything for a life in Mozambique, diving amongst these beautiful animals. Superb underwater photography reveals new manta ray behaviour including breathtaking footage of their ritual courtship dances.

The film follows Andrea as she studies these endangered animals up close. With the discovery of a giant new species and remarkable insights into mantas' secretive lives, Andrea's findings are already rocking the world of marine biology.

See all clips from Andrea - Queen of Mantas (8)