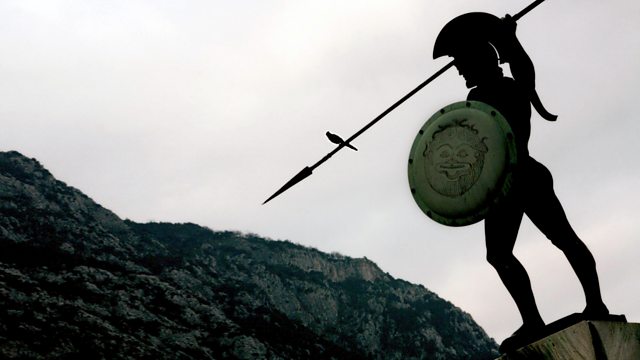 Melvyn Bragg and guests Paul Cartledge, Edith Hall and Angie Hobbs discuss Sparta, the militaristic Ancient Greek city-state, and the political ideas it spawned.The isolated Ancient Greek city-state of Sparta was a ferocious opposite to the cosmopolitan port of Athens. Spartans were hostile to outsiders and rhetoric, to philosophy and change. Two and a half thousand years on, Sparta remains famous for its brutally rigorous culture of military discipline, as inculcated in its young men through communal living, and terrifying, licensed violence towards the Helots, the city-state's subjugated majority. Sparta and its cruelty was used as an argument against slavery by British Abolitionists in the early 1800s, before inspiring the Nazis in the 1930s and 1940s.Yet Sparta also produced poets of great skill: Tyrteaus wrote marching songs for the young men; Alcman wrote choral lyrics for the young women. Moreover, the city-state's rulers pioneered a radically egalitarian political system, and its ideals were invoked by Plato. Its inhabitants also prided themselves on their wit: we don't only derive the word 'spartan' from their culture, but the word 'laconic'. Paul Cartledge is AG Leventis Professor of Greek Culture and a Fellow of Clare College, University of Cambridge; Edith Hall is Professor of Classics and Drama at Royal Holloway, University of London; Angie Hobbs is Associate Professor of Philosophy and Senior Fellow in the Public Understanding of Philosophy at the University of Warwick.

Joyce's A Portrait of the Artist as a Young Man