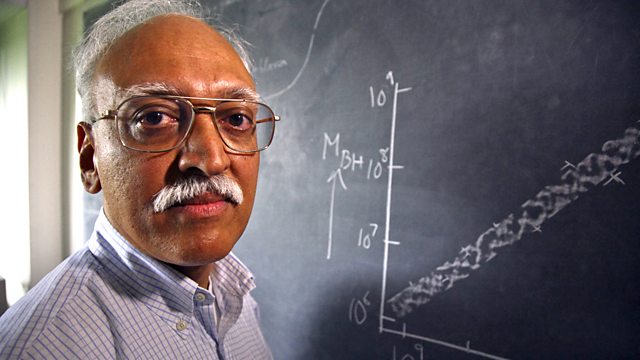 Who Is Afraid of a Big Black Hole?

Scientists now believe black holes could hold the key to answering the ultimate question: what was there before the big bang? However, researching them is next to impossible.

Black holes are one of the most destructive forces in the universe, capable of tearing a planet apart and swallowing an entire star. Yet scientists now believe they could hold the key to answering the ultimate question: what was there before the big bang?

The trouble is that researching black holes is next to impossible. They are by definition invisible and there is no scientific theory able to explain them. Horizon meets the astronomers and theoretical physicists who, despite these obvious obstacles, are attempting to image a black hole for the very first time and get ever closer to unlocking its mysteries. It is a story that goes into the heart of a black hole and to the very edge of what is thought to be known about the universe.

See all clips from Who Is Afraid of a Big Black Hole? (6)