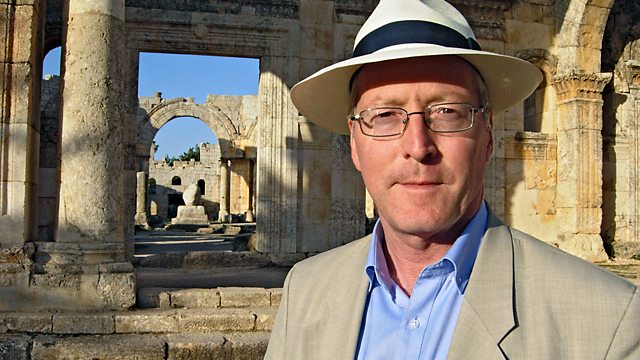 A History of Christianity
Episode 1 of 6

Diarmaid MacCulloch reveals the origins of Christianity and asks if it can survive in our secular society. He shows how it began east of Jerusalem and Rome.

When Diarmaid MacCulloch was a small boy, his parents used to drive him round historic churches. Little did they know that they had created a monster, with the history of the Christian Church becoming his life's work.

In a series sweeping across four continents, Professor MacCulloch goes in search of Christianity's forgotten origins. He overturns the familiar story that it all began when the apostle Paul took Christianity from Jerusalem to Rome. Instead, he shows that the true origins of Christianity lie further east, and that at one point it was poised to triumph in Asia, maybe even in China.

The headquarters of Christianity might well have been Baghdad not Rome, and if that had happened then western Christianity would have been very different.

Catholicism: The Unpredictable Rise of Rome