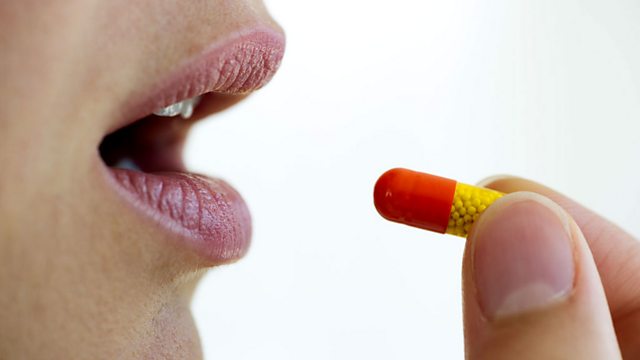 Claudia Hammond hears about some surprising side effects of drugs used to treat conditions like schizophrenia and why they particularly effect women.

Claudia Hammond hears about some surprising side effects of drugs used to treat conditions like schizophrenia and why they particularly effect women. Shubulade Smith, a consultant psychiatrist at the Maudsley Hospital in London, talks to Claudia about the hormonal side effects of anti-psychotic drugs and why they can cause infertility, premature ageing and a loss of libido. She discusses why patients are often not warned about the possible effects and how those effects can be avoided.

Why the origins of prejudice might lie in our evolutionary past and the need to avoid infection and disease. Claudia talks to Mark Schaller, Professor of Psychology at the University of British Columbia, about why our need to detect signals that might suggest someone has a disease may have led to us being programmed to erroneously discriminate against people who don't fit the norm.

Along with Freud, Carl Jung is one of the most influential figures in psychoanalysis. But his most important work has been kept in a Swiss bank vault for nearly half a century. Jung started writing his Red Book in 1914. It is the story of his exploration of his own soul, but it has remained a mystery because his family have kept it hidden. Claudia Hammond talks to Sonu Shamdasani from the Wellcome Trust Centre for the History of Medicine at UCL, the man responsible for getting it published, who explains why its so significant.