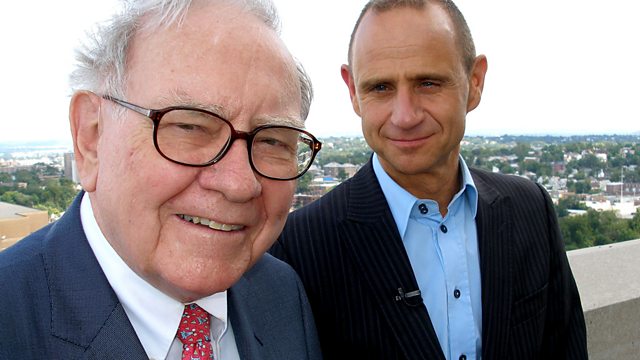 Evan Davis finds out about the unique investment strategy and eccentric, modest lifestyle of Warren Buffett, the greatest investor of all time and the richest person in the world.

Warren Buffett is the greatest investor of all time. His decisions about buying shares and companies have beaten the stock market year after year and made him the richest person in the world - thought to be worth 37 billion dollars.

Yet Buffett lives modestly in his native Omaha, in America's mid-West, and runs his 150 billion dollar business with a staff of just twenty. Evan Davis meets him to find out about his unique investment strategy and his eccentric lifestyle. He talks to Buffett's family, friends and colleagues about the man they call the Sage of Omaha, and Buffett's friend Bill Gates praises his philosophy of life.

As the greed of the super-wealthy is widely criticised in the current financial crisis, Davis asks whether Warren Buffett is the acceptable face of the filthy rich.