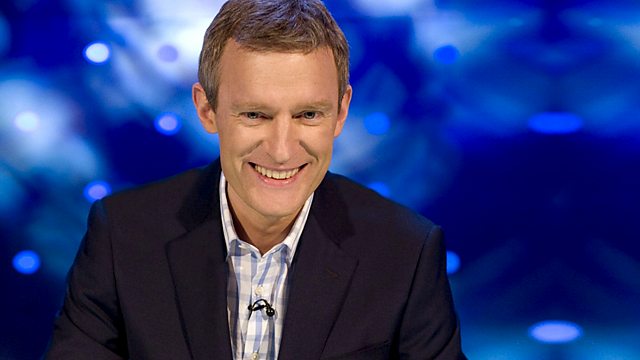 Jeremy Vine hosts a general knowledge quiz in which teams from all over the UK battle to beat the Eggheads.

Jeremy Vine hosts the show where every day a new team of challengers take on probably the greatest quiz team in Britain. The team is made up of some of the country's top quiz champions, including winner of Are You an Egghead? Barry Simmons, Millionaire winner Judith Keppel, Mastermind winner Chris Hughes, three-time World Quiz champion Kevin Ashman, Weakest Link winner CJ de Mooi and 15-1 winner Daphne Fowler.

Can the challengers triumph over the general knowledge Goliaths and walk off with the cash prize?

See all episodes from Eggheads