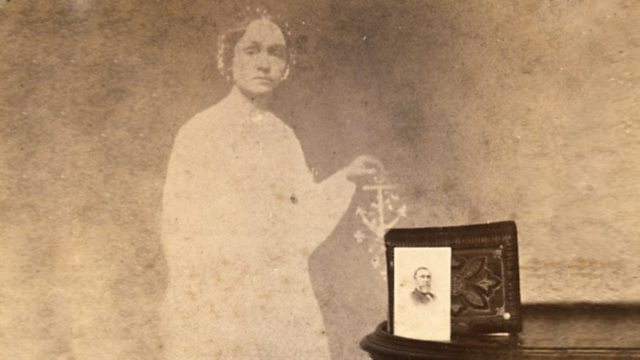 The Female Ghost
Episode 2 of 4

Two newlyweds reject their housekeeper's dread of All Saints' Eve - until it arrives. Starring Carolyn Jones and Stephen Critchlow. From July 1997.

For newly-weds Charles and Laura, their housekeeper's dread of All Saint's Eve seems laughable - that is, until the day itself arrives...

A series of ghostly stories by women dramatised by Christopher Hawes.

See all episodes from The Female Ghost