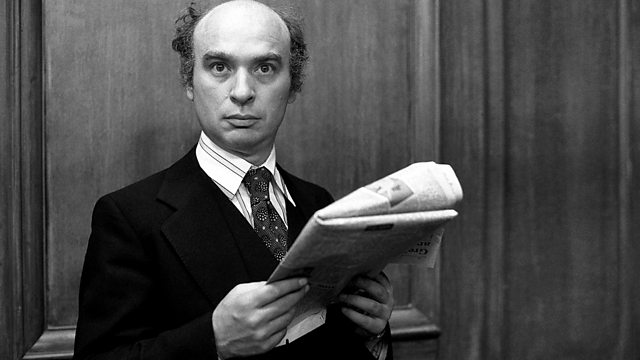 Ian McMillan explores the world of actor and director Ken Campbell, who died in 2008, and is given a tour of his Essex home by his daughter, Daisy.

Ian McMillan explores the world of the actor and director Ken Campbell, who died in 2008.

Campbell's acting credits included Fawlty Towers, The Hitchhiker's Guide to the Galaxy, Brookside, Law and Order and In Sickness and In Health, as well as performing one-man shows. He also directed theatrical events, including the nine-hour Illuminatus trilogy, a 22-hour production of The Warp and Macbeth in pidgin English.

His daughter, Daisy, gives Ian McMillan a tour of Ken's home in Essex, where he didn't have a bedroom and had a parrot run in every room. He also talks to Campbell's manager Colin Watkeys, theatre director Richard Eyre, fan and collaborator Ian Potter and fellow actors Julia McKenzie and Jim Broadbent.

This Is the Army, Mr Jones