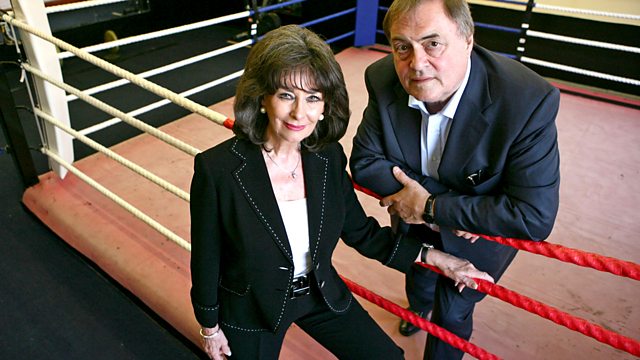 John and Pauline Prescott look at the differences between the North and South of England today. John believes the North is lagging behind the South in wealth, but is it true?

For the past forty years, northerners John and Pauline Prescott have led a double life, spending almost as much time down south as at home in Hull. It has given this unique double act a revealing insight into the differences which divide the North and South of England today.

John believes the North is still paying for its industrial past, and points to statistics that show it lagging behind the South in wealth, health, and employment. But John and Pauline's travels through the country soon throw up surprises which prove things are more complex - and people are very happy to tell them so! Regeneration is helping parts of the North to blossom, whilst some Southern areas are more deprived than almost anywhere beyond Birmingham.

There is never a pause as John and Pauline's journey also explores difficult-to-quantify differences like culture, accent and friendliness. Southerner James Corden tells how the North has always been cooler; Kym Marsh talks about its friendliness; while Brian Sewell tactfully tells John Northerners should learn how to speak properly.

And by the time John and Pauline complete their trip through England, they have discovered there is more to the North-South divide than a line of latitude.