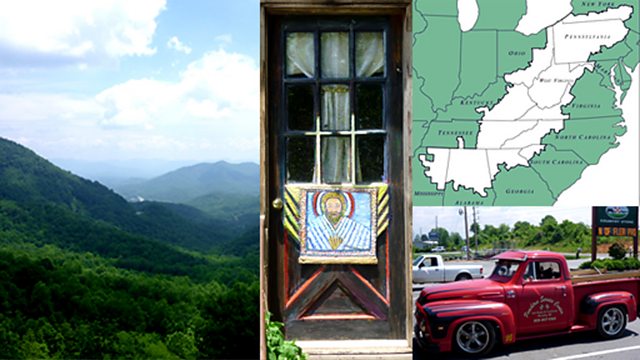 In the first of two programmes recorded on-location for World Routes, broadcaster, writer and musician Banning Eyre embarks on his own Appalachian roadtrip to discover and record the uniquely American folk music that was born in the southern Appalachian mountains through the 18th and 19th Centuries.

He visits the small town of Mount Airy, in Surry County, North Carolina, home to the Mount Airy Fiddlers Convention, where he meets the extraordinary players and singers that are keeping this music alive, and finds out how Old Time music is the direct precursor of what we now call Country and Bluegrass.

In an interview with musician and field recordist Mike Seeger, recorded just a few months before he died, Banning discovers the roots of the music in the parallel histories of the European settlers and African slaves, and how post-Emancipation a distinctly American music was forged from the interplay of the African banjo and the European fiddle. Surry County musician Paul Brown explains the record companies' part in defining Old Time music as a predominantly white occupation, and what's so speacial about this part of the country. He visits local radio station WPAQ to hear how they are keeping this traditional rural music alive, and tries the festival delicacy that is deep-fried Oreos.