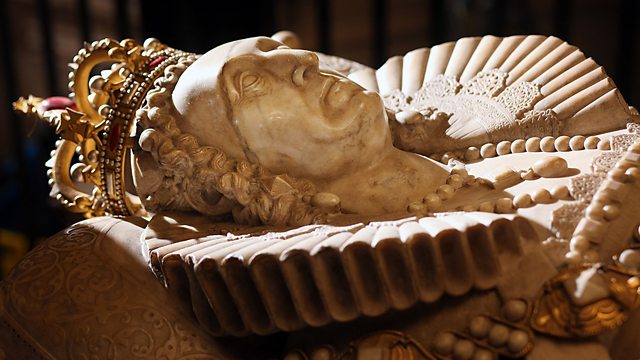 The Death of Elizabeth I

Melvyn Bragg and guests discuss the death of Queen Elizabeth I and its immediate impact, as a foreign monarch became King in the face of plots and plague.

Melvyn Bragg and guests John Guy, Clare Jackson and Helen Hackett discuss the death of Queen Elizabeth I and its immediate impact, as a foreign monarch became King in the face of plots and plague.By the spring of 1603, Elizabeth had been Queen for 44 years, and it was clear that she would leave no heir. Many feared that her death would spark insurrection, led perhaps by Puritans, perhaps by Catholics, possibly with the support of Spain. As it became clear that she was dying, Elizabeth's chief minister, Sir Robert Cecil, put into action his covert strategy to secure the succession of King James the Sixth of Scotland.What follows is a story of plots, plague and high politics, as a foreign monarch brought a thoroughly Continental approach to Kingship to the English throne. James's accession was widely welcomed, but his relationship with Cecil was initially tense, and his long procession south from Edinburgh attracted both celebration and criticism. His treatise on Kingship, published on his succession, became a bestseller in London - at least until an outbreak of plague, which also drove him from the capital not long after he arrived. His coronation was hurried through to circumvent plots against him, but his triumphal entry into London had to be delayed until a year after Elizabeth's death. And, as the high expectations which first greeted James were increasingly frustrated, the English started to invoke the ghost of their dead Queen to criticise their new ruler.John Guy is a Fellow of Clare College, University of Cambridge; Clare Jackson is Lecturer and Director of Studies in History at Trinity Hall, University of Cambridge; Helen Hackett is Reader in English at University College, London.

The Geological Formation of Britain