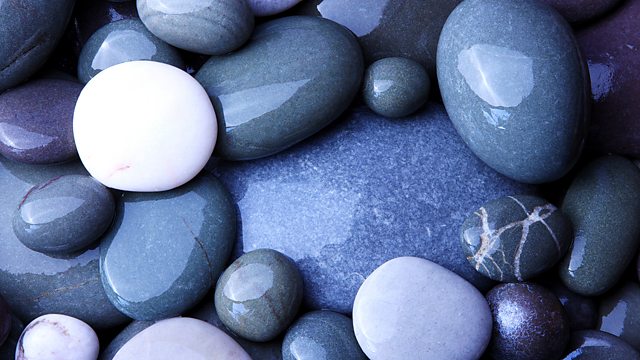 Accompanied by a piece of limestone inscribed with the words from one of her poems, Alyson Hallett travels to Australia, in a project that explores the migration habits of stones.

Poet and writer Alyson Hallett travels to Australia with a large piece of limestone as a companion, inscribed with a line from one of her poems. This is the third journey Alyson has made with a stone; each destination has been different, each stone has been different, but each has been similarly inscribed by the sculptor and lettering artist Alec Peever.

It is a project which began seven years ago, inspired by a dream and an encounter with an erratic - a huge boulder that had broken away from its motherbed centuries ago, lodged in ice and then set off on long, slow journey, until eventually it was deposited on a Welsh mountainside. It was here that Alyson encountered the boulder.

Fascinated by the idea that stones are fellow companions and movement is an essential part of their nature, Alyson started to explore the cultural importance of stones, and embarked on her project, The Migration Habits of Stones.

Alyson takes a journey with her third stone to Koonawara in Australia. We also hear from stone letterer Alec Peever and Bill Morris, warden of Leigh Woods in Bristol, the site of the first migrating stone.