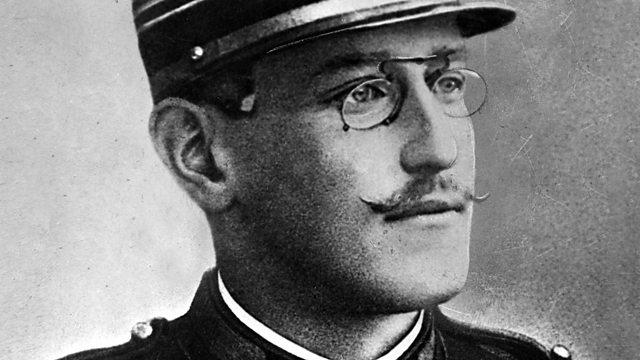 Melvyn Bragg and guests discuss the Dreyfus Affair, which tore France apart in the 1890s after a Jewish Army officer was wrongly convicted of spying and sent to Devil's Island.

Melvyn Bragg and guests Robert Gildea, Ruth Harris and Robert Tombs discuss the Dreyfus Affair, the 1890s scandal which divided opinion in France for a generation.In 1894, a high-flying Jewish staff officer in the French Army, one Alfred Dreyfus, was convicted of spying for the Prussians. He was publicly humiliated: before a large Paris crowd, he was stripped of his badges of rank and his sword was ceremonially broken. Some of those watching shouted 'Down with Judas!' Then he was dispatched to Devil's Island. But when it emerged that Dreyfus was innocent, a scandal erupted which engulfed the Army, the Church and French society as a whole, exposing deep political rifts, and the nation's endemic anti-Semitism. It pitted Catholics against Republicans, provoked fighting in the streets, and led to the prosecution of the novelist Emile Zola, after his famous J'Accuse polemic against those protecting the real spy and so prolonging Dreyfus's suffering. The Affair became so divisive that it posed a serious threat to the French Republic itself. Finally, in 1905, it prompted the separation of Church and State. The scandal and the anti-Semitism at the heart of it cast a very long shadow. In 1945, when the ultra-nationalist one-time 'anti-Dreyfusard' Charles Maurras was convicted of collaborating with the Nazis, he reacted by declaring that his punishment was Dreyfus's revenge. Robert Gildea is Professor of Modern History at Oxford University; Ruth Harris is Lecturer in Modern History at Oxford University; Robert Tombs is Professor of French History at Cambridge University.

The Death of Elizabeth I