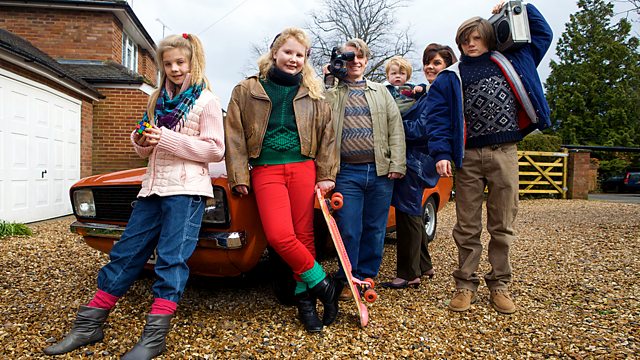 A family and their home are stripped of modern technology to live a life of decades past. While recreating the 1970s, they endure a spell without central heating.

A family and their home are stripped of all their modern technology to live a life of decades past.

The family must live through the digital wilderness of the 1970s at a rate of a year per day, starting in 1970. They have their very own technical support team to source and supply them with the vintage technology that would have been available to British households during the decade.

By modern standards the 1970s are decidedly low-tech and the family face many challenges. They endure a spell without central heating and get to grips with the suburban favourite, the teasmade. They see the effects of 70s industrial unrest on their home when they experience a power cut and home entertainment becomes even more limited when their newly-arrived colour television breaks down.

But it's not all grim - the arrival of chopper bikes, the first video game and a mix-tape expert who shows them how to create the soundtrack for their very own slide show all help to prove that life in the 1970s had its upside too.

See all episodes from Electric Dreams