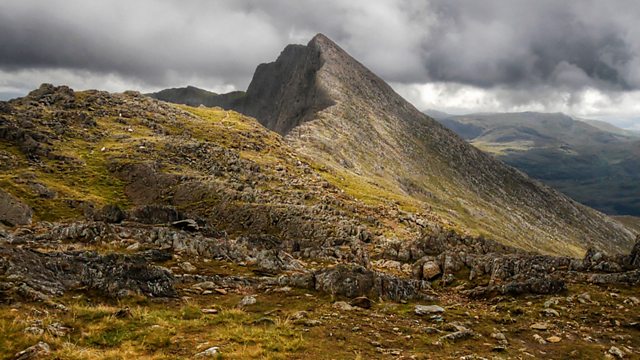 Alice Roberts asks if the 60,000 walkers who annually take part in the Three Peaks Challenge are damaging the environment.

Every year around 60,000 people set out on the Three Peaks Challenge, aiming to climb the highest mountains in England, Wales and Scotland. Most do it to raise money for charity but there are increasing worries that the challenge is putting too much pressure on the environment, destroying some of our most beautiful places.

Alice Roberts sets out with a group of enthusiastic trekkers to find out if the environment is suffering as charities prosper.

The Challenge used to be centred around the longest day in June, giving trekkers the chance to climb Ben Nevis, Snowdon and Scafell Pike in daylight. More recently, however, it has become such a charity money-spinnner that groups tackle the peaks from April to October. At the height of the season as many as 1,000 people can be trekking up each mountain, often in the dark. The Challenge speeds up the erosion of paths, damages fragile Alpine plant systems and adds to the pressure on the areas' toilets and litter bins.

Banning the Challenge would destroy an important income source for hundreds of charities and breach the principle of open access to these iconic mountains. Can Alice find a solution? Can people enjoy the physical challenge of the mountain environment and continue to raise money for charity without destroying some of Britain's wildest and most beautiful places?

The Art of Protest