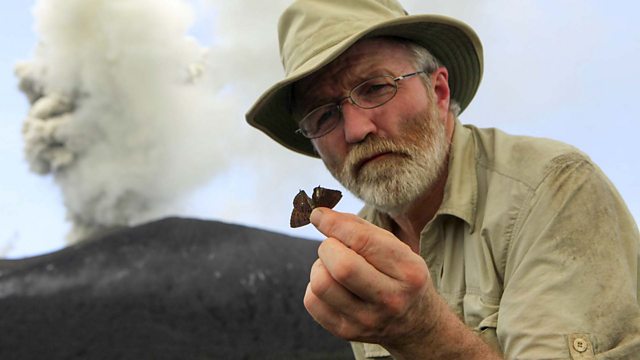 Lost Land of the Volcano
Episode 3 of 3

Wildlife series. Steve Backshall descends into the crater of a giant extinct volcano in New Guinea which biologists have long believed could be home to spectacular new creatures.

Steve Backshall heads a team descending into the crater of a giant extinct volcano covered in thick jungle. Deep in the heart of the remote island of New Guinea, this lost land is protected on all sides by fortress walls half a mile high. They are the first outsiders ever to penetrate this hidden world, which biologists have long believed could be home to spectacular new creatures.

George McGavin travels east to an erupting volcano and discovers a rare bird that depends on the hot ash for its survival. Sudden explosions bring the trip to a quick halt as giant boulders crash into camp.

The series culminates in the lost world of the crater as Steve and wildlife cameraman Gordon Buchanan discover two large mammals that have no fear of people and are totally new to science - a giant rat that is as big as a cat, and a cuscus, which is a tree-climbing marsupial.

See all episodes from Lost Land of the Volcano