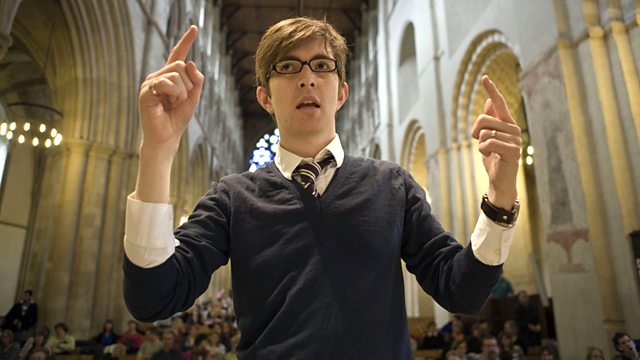 The Choir Unsung Town
Episode 3 of 4

Series in which choirmaster Gareth Malone attempts to turn South Oxhey into a centre of choral excellence. Gareth arranges for his choirs to sing alongside accomplished musicians.

Choirmaster Gareth Malone has started two successful choirs, for adults and children, in the housing estate of South Oxhey, but he believes they won't become 'real' choirs until they can perform technically challenging classical music, and sing in Latin. So he arranges for both his choirs to sing at concert performances alongside highly accomplished musicians in front of demanding audiences.

At first, many members in his choir feel it's impossible for a new choir, most of whom cannot even read music, to perform at this level. Some threaten to leave. Will Gareth be able to convince his singers that they can match his aspirations?