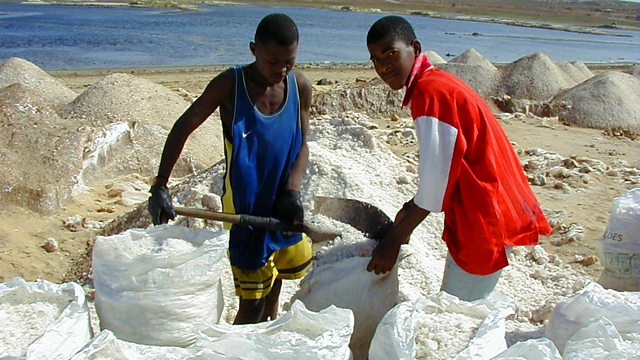 Lucy Duran visits the islands of Cape Verde and listens to songs for making grogue, the national drink. She also visits the musical centre of Mindelo on Sao Vicente.

Lucy Duran visits Cape Verde, the windswept and dramatic archipelago off the west coast of Africa, and travels to one of the most beautiful islands, San Antao. She hears songs for making grogue, Cape Verde's national drink, which is said to make bulls weep as they operate an ancient sugar press. The programme ends in the unofficial musical capital, Mindelo, on the island of Sao Vicente, where Cesaria Evora was born and where many other Cape Verdean greats began their careers. Including sessions by two such musicians - virtuosic guitarist Bau and singer-songwriter Tito Paris.