BBC One
Lost Land of the Volcano
Main content 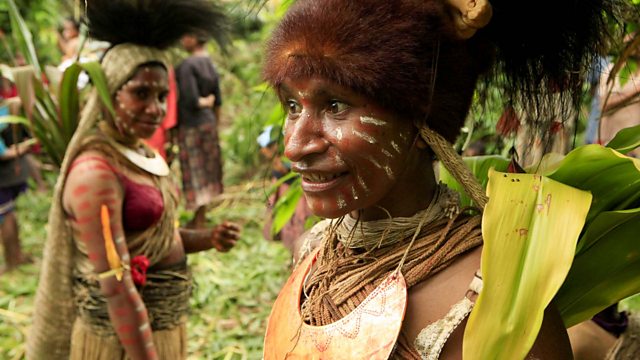 Lost Land of the Volcano
Episode 2 of 3

Wildlife series. The team push deeper into the rainforest, enlisting the help of a tribe to find and film the birds of paradise as they perform their courtship displays.

A team of scientists and wildlife film-makers have made base camp on a remote extinct volcano at the heart of the tropical island of New Guinea. Their aim is to search the thick jungle for the weird and endangered animals that hide there. Now they are pushing deeper into the rainforest, and cameraman Gordon Buchanan enlists the help of a tribe to find and film the extraordinary birds of paradise as they perform their bizarre courtship displays.

George McGavin has to manhandle a giant crocodile, and Steve Backshall is living deep underground where he discovers a new cave system never seen by humans.

See all episodes from Lost Land of the Volcano