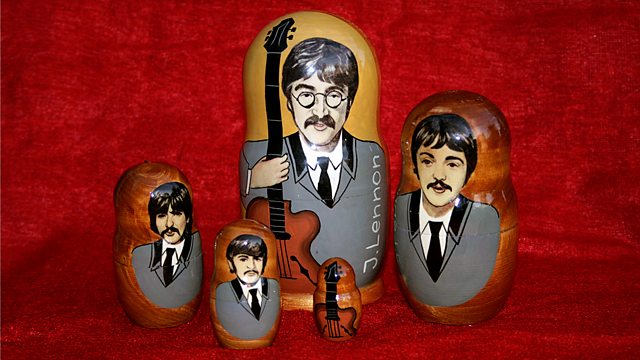 How the Beatles Rocked the Kremlin

A Storyville documentary telling how The Beatles' legend soaked into the lives of a generation of Soviet kids, paving the way for the fall of the Berlin Wall and the end of the Soviet system.

Documentary which tells the extraordinary unknown story of how The Beatles helped to destroy the USSR.

In August 1962, director Leslie Woodhead made a two-minute film in Liverpool's Cavern Club with a raw and unrecorded group of rockers called The Beatles. He arranged their first live TV appearances on a local show in Manchester and watched as the Fab Four phenomenon swept the world.

Twenty-five years later while making films in Russia, Woodhead became aware of how, even though they were never able to play in the Soviet Union, The Beatles' legend had soaked into the lives of a generation of kids. This film meets the Soviet Beatles generation and hears their stories about how the Fab Four changed their lives, including Putin's deputy premier Sergei Ivanov, who explains how The Beatles helped him learn English and showed him another life.

The Soviet authorities were alarmed by the seditious potential of rock 'n' roll, with The Beatles a special target and denounced as 'bugs' in official papers. Their smuggled records were destroyed and their music was banned, but the myth blossomed as bootlegs and photos were covertly traded and even rented amongst fans.

Soon there were thousands of rock bands across the USSR trying to make music with crude homemade guitars. Speakers on lampposts installed to broadcast propaganda were grabbed by rock hopefuls, while reports that an electric pickup could be cannibalised from a telephone led to phone boxes being raided and disabled.

Millions of young people fell in love with The Beatles and the culture of the Cold War enemy, and defected emotionally from the Soviet system. The Beatles prepared the cultural way for the fall of the Berlin Wall and ultimately helped to wash away the foundations of that system.

Napoli - City of the Damned