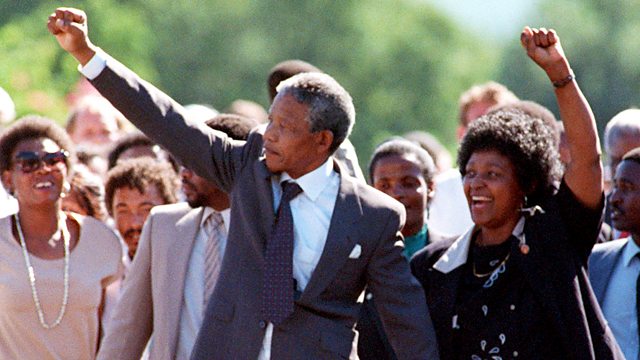 Sue MacGregor reunites the core negotiators and key campaigners involved in the secret talks which ultimately led to the release of Nelson Mandela from prison in 1990.

Sue gathers together the core negotiators and key campaigners involved in the secret talks which ultimately led to the release of Nelson Mandela from prison in 1990 and the end of the apartheid regime in South Africa.

She is joined by Archbishop Desmond Tutu, who led the Free Mandela Campaign throughout the 1980s; Dr Niel Barnard, who was the head of South Africa's National Intelligence Service and who had dozens of clandestine meetings with Mandela; Professor Willie Esterhuyse, an Afrikaner academic who liaised between the government and the ANC; Aziz Pahad, who was a core member of the ANC and led many of its delegations; former President Thabo Mbeki, who was a lead negotiator for the ANC; and journalist and political commentator Allister Sparks, who chronicled the negotiations in a revealing book.

Former President FW de Klerk also contributes to the programme, describing the surprise that he and other cabinet figures felt when they learnt of the years of secret meetings.

A lawyer and QC, the South African-born advocate who has defended Nelson Mandela, amongst many others.

Neil MacGregor tells the story of a book shared on Robben Island, which includes notes by Nelson Mandela.